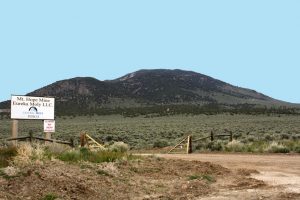 San Fransisco, CA, a three-judge panel of the federal Ninth Circuit Court of appeals issued its unanimous decision on Thursday, Dec. 28, overturning the federal Bureau of Land Management’s (BLM) approval of the Mt. Hope Molybdenum Mine, located on public lands near Eureka, Nevada. The court found that “the BLM’s environmental review of the Project violated NEPA [the National Environmental Policy Act] in several ways.” The court “vacated” (i.e. invalidated) the BLM’s Record of Decision (ROD) and Final Environmental Impact Statement (FEIS) which in 2012 had approved the mining plan submitted by Eureka Moly LLC. The lawsuit was filed by Great Basin Resource Watch (GBRW) and the Western Shoshone Defense Project (WSDP) in early 2013, and the Mine had yet to begin significant operations. GBRW and WSDP appealed the decision of the federal district court in Reno in July of 2014, which had rejected all of GBRW/WSDP’s claims that the Mine violated federal environmental laws. However, as a result of the Ninth Circuit’s decision, the Mine cannot be constructed or operate.