What is a mining pit lake?

When most of the profitable deposit of ore lies below the water table, mining companies will pump groundwater from the bottom of the mine pit and around the perimeter to lower the water table in the open pit area. After excavation, industry seldom fills in the pit. Instead, the company simply stops pumping ground water. Then, as the water table tries to restore itself, a portion of the open pit fills with water. The resulting pit lakes are often hundreds of feet deep and, in many cases, toxic.

Pits lakes vary widely in size and water quality.  Currently, the largest pit lake in Nevada is mostly likely the Anaconda Yerington Pit Lake with 40,000-45,000 AF[i] of water, and in general the size of these lakes vary from 100 acre-feet (AF) to about 540,000 AF (an acre-foot corresponds to 325,829 gallons).[ii]  Ultimately, in aggregate the amount of water destined for pit lakes in Nevada is staggering.  The preponderance of pit lakes will be in the Humboldt River basin where these lakes are estimated to eventually hold approximately 1,052,000[iii] acre-feet of water (more than the all existing reservoirs in Nevada, 600,000 AF, excluding Lake Mead)1.  In addition to this volume held by the pit lakes another 9,7002 acre-feet per year will be lost to evaporation in the Humboldt basin.

Newmont Mining Corporation’s Lone Tree Mine in Humboldt County, Nevada is a good example of the pit lake problem. Newmont discontinued dewatering of the mine in 2006 and the open pit began to fill. Late in 2007, lake acidity levels became dangerous to wildlife, requiring corrective action. Newmont has continually added neutralizing agents to the pit lake to maintain a non-hazardous level of acidity. Even when additions are no longer needed at the Lone Tree site, water quality will remain poor and certainly undrinkable, largely due to excessive salinity. To compound matters, this pit lake is only one mile from the Humboldt River, northern Nevada’s major river system. If salty water seeps out of the pit lake into the surrounding water table, both the aquifer and the Humboldt will be in jeopardy. The pit lake water could remain toxic for hundreds of years.

The Nevada Division of Environmental Protection, for example, said there are no standards for pit lake waters, meaning no specific concentration limits exist for various potential contaminants. Instead, the standard is based on an ecological risk assessment, which develops something called “hazard quotients” for wildlife assumed to be exposed to pit lake water. But, a standard based on a risk assessment is very mutable. Results can be adjusted to achieve a desired outcome. The Nevada Code requires that pit lakes do not have the “potential to affect adversely the health of human, terrestrial or avian life” (Nevada Administrative Code – 445A.429). Under this standard, groundwater flowing into a pit lake is allowed by law to become degraded, undrinkable, and unsuitable for irrigation or stock watering, yet still satisfy the statute. 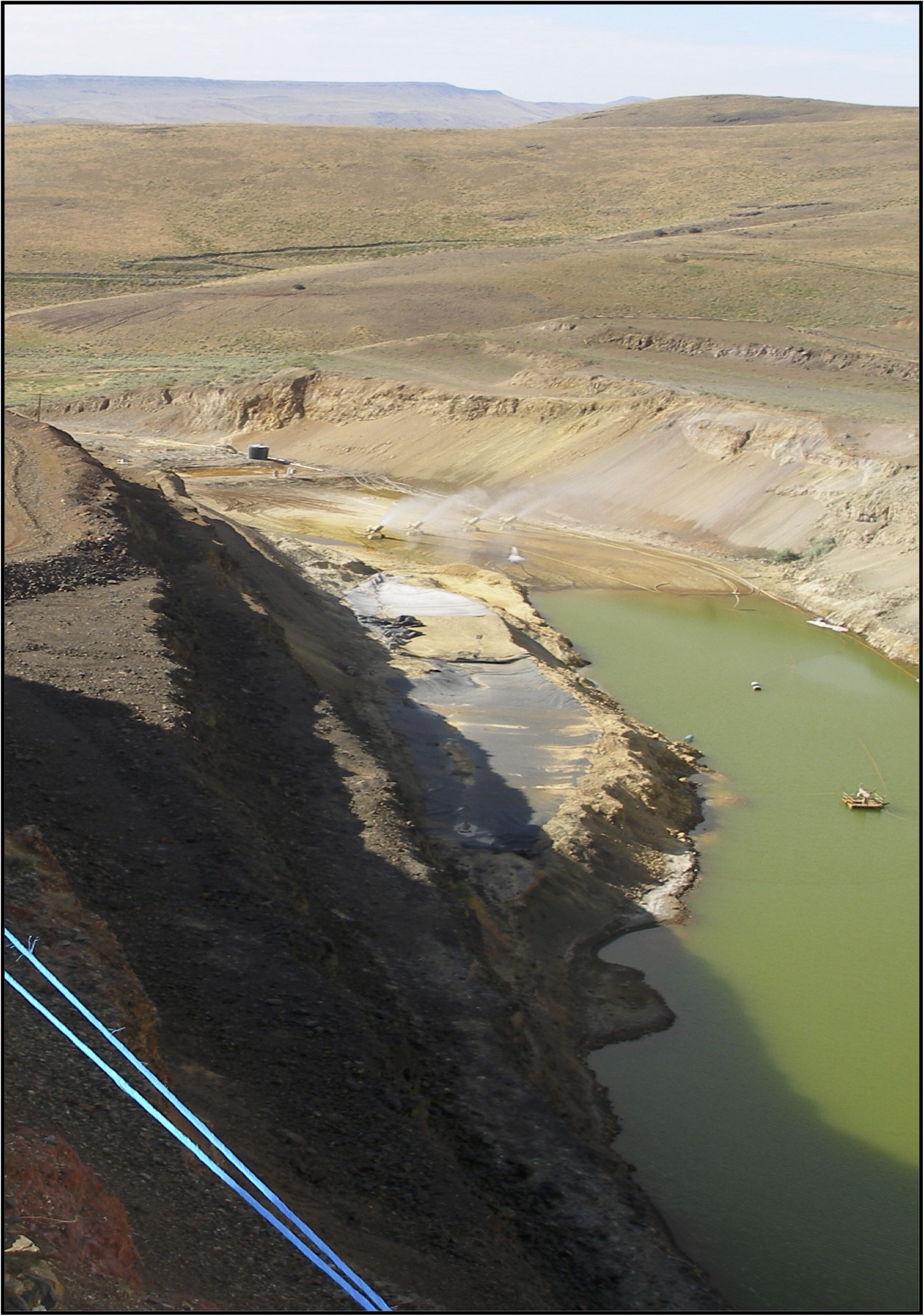 What Should be Done?