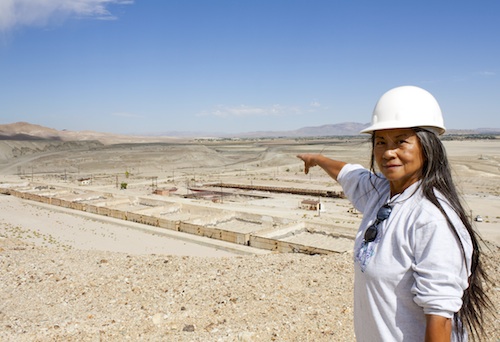 On September 9, 2016 the EPA proposed adding the abandoned, toxic Anaconda Mine site near Yerington, Nevada to the National Priorities List (i.e. Superfund) so that cleanup can be completed. This is an historic step forward for a situation that has been critical for at least 30 years because of the contaminants copper mining there left behind. Some toxins are headed toward a major aquifer and nearby residents must drink bottled water because of radionuclides in their well water.

The battle to add the site to the EPA Superfund list has gone on for more than a dozen years. GBRW has fought alongside affected citizens and the Yerington Paiute Tribe almost the whole time.